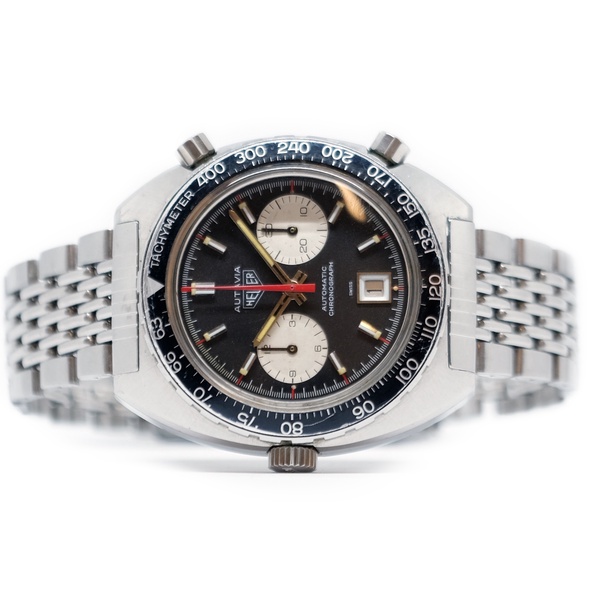 A watch worth collecting. This watch has been in the same family since 1970, where it was won in a rally tournament in Odense that was arranged by a grand car dealer (PH Fiat). This model is called Derek Bell, and must not be confused with the Viceroy edition. The Derek Bell edition is among others characterized by the sub dial is numbered 3-6-9-12. The watch comes on an original GF bracelet (Gay Freres) that is rare and worth collecting. The watch was serviced in 2014 in Holland by the famous Heuer specialist Abel Court.

Find out more about this watch

Assurance that you can find your dream watch. And of course an assurance that authenticity, quality and condition at the right price is in place.

Swift from store to wrist. The watch will be shipped immediately by Postnord or another courier, when the agreed money transfer is registered.

We are of course subjected to Danish consumer law. Payments are handled as immediate money transfers, and Unique Watches issues invoices for all trades according to special Danish VAT legislation.